I read the sad news these days, and muse my personal experiences, and I see the root of all evil amongst the Muslims is lack of Haya, to speak without shame, to do without any heed to accountability.

http://www.untiredwithloving.org/kashani_hayaa.html
The Lantern of Guidance 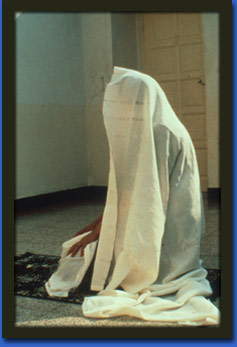 1.    Hayā (Shyness, Timidity) for sins: When Ādam ate from the forbidden tree he was running hiding and every place he heard the voice: O Ādam are you attempting to escape us? And he responded: No but I feel the Hayā (Shyness, Timidity) from You! It has entered into the Hadith (Prophetic Narration) quoting Allah: My slave is not just with Me (Allah) he asks from me and I have Hayā (Shyness, Timidity) to deny him, but commits sins and feels no shame.
2.    Abu Bakr Warrāq has said: Perhaps wanted to pray a short prayer to Allah and I was diverted or distracted and the feeling within was that of a person who felt shame when he attempted to steal something. (Diversion or distraction from prayers likened to stealing and its consequent shame that stopped the theft or stopped the distraction from the prayers). Abu Solaiman Dārāni said: Indeed the slaves act according to four Daraja (stages, ranks) Khawf (Fear). Rajā’ (Hope), Ta’zim (Aggrandizement) and Hayā (Shyness, Timidity). And the most noble of the four is that of Hayā (Shyness, Timidity) that the person is for sure certain that Allah sees him in all circumstances, he feels more shame (Hayā) towards his good deeds than most sinners feel towards their sins.

Some wise people said: “Keep your Haya’ alive by keeping the company of the One in front of Whom one remains timid.”

Ibn ‘Ata’says: “The greater Knowledge (‘Ilm) consists of awe (Hayba) and timidity ( Haya’); if they leave, no good is left.”

Dhu ‘lnun says: “ Haya’ is the presence of awe (Hayba) in the Heart with a great longing of the rest of you towards your Lord Almighty.”

Abu ‘Uthman said:” Whoever speaks of Haya’ and has no Haya’ in front of Allah Almighty in what he is saying, is being led step by step to his perdition (Mustadraj).”

Al-Hassan al-Haddad came to Abd Allah ibn Munazel who asked him: “where do you come from?” He answered: “From the company of Abu al Qassem”. He said:” what did he speak of “? “He spoke of Haya’”. “Amazing! How can one who is not ashamed of Allah (swt) speak of Haya’?”

Saryy al –Saqati stated “Haya and companionship and intimacy (Uns) knock on the heart, if they find in it abstinence (Zuhd) and Wara’ (fear of wrongdoing), they remain; otherwise they leave”.

It has been said on the subject of the verse 24 of Surat Yusuf  12 :” For she desired him; and he would have taken her, but that he saw the proof of his Lord.”
The proof is that she threw her garment over the face of an idol that stood in a corner of the house, so Yusuf asked her: “What are you doing?”. She answered: “I am ashamed in front of it”. Yusuf responded: “More than you, it is I who should be ashamed in front of Allah Almighty, may He be praised.”

And on the subject of the verse 25 of Surat al-Qasas 28: “Then there came unto him one of the two women, walking shyly.”
It has been said: “She was timid/shy in front of him because she was inviting him and was ashamed that Musa ( a.s) would not accept the invitation; that is the Haya’ of the host”

Abu Sulayman al-Darani stated: “ Allah Almighty has said: “ O my slave, as long as you are timid/ashamed in front of me, I will make the people forget your bad qualities and will make the earth forget your sins;  I will wipe away your wrongdoings from the Mother of the Book and will not argue with you your over ( the calculation) of your deeds on the Day of Judgement.”

It was said:” A man was seen praying outside the Masjid; he was asked:” Why don’t you go in and pray inside”. He responded: “I am ashamed of entering His house after I have disobeyed Him”

It was said:” One of the hallmarks of the one who possesses Shame and Timidity is that he is not to be seen in places/ situations that are shameful”

Some said: “We went out one night and passed by a thickly- wooded grove  (or a dwelling of lions), we saw a man sleeping there, with his horse by his head grazing. We woke him up and asked:” Are you not afraid of sleeping in this frightening place, where beasts abound ” .He lifted his head and said : “ I am too ashamed of Him to fear other than Him” and he went back to sleep.”

Allah Almighty inspired to Issa (a.s) :” Give advice to yourself; after you follow your own advice, then start advising people; otherwise, be ashamed in front of me and do not give advice to the people”.

It was also said:” There are several types of Haya’:
Haya’ due to sin, as in the case of Adam (a.s.) when he was asked: “Are you (hiding) trying to run away from Us”. He answered: “No, but out of shame of you”.
Haya’due to shortcomings, as in the case of the Angels when they say: “ Praise be to you, we have not worshiped You as You deserve to be worshiped”.
Haya due to respect, as in the case of the Angel Israfil who covered himself out of timidity in front of Allah the Almighty.
Haya’ due to generosity of character, in case of the Prophet (saaws) who was too timid to ask his people to leave ( on his wedding night), so that Allah Almighty revealed verse 53 of Surat al-Ahzab 33: “Linger not for conversation. Lo! That would cause annoyance to the Prophet, and he would be shy of (asking) you (to go);”
Haya’ due to dignity, as in the case of Ali ibn Abi Taleb ( r.a) who asked al-Miqdad ibn al-Aswad to ask the Prophet a question on his behalf regarding a sexual matter between himself and his wife Fatima (r.a).
Haya’ due to self-deprecation as in the case of Musa (a.s.), who said: “I think of something that I need from this Dunya, but am too ashamed to ask You for it, O Lord!” Allah Almighty responded: “Ask me! Even for the salt of your dough and the wheat of your horse”
Haya’ due to generosity: it is the Haya’ of the Lord may He be praised, who hands the slave a sealed envelop after the slave has crossed the Sirat bridge, In it the slave find those words: “You have done what you have done and I am too bashful to overpower you ; go then, for I have forgiven you.”
I heard Abu al-Daqqaa state: “Praised be He Who when the slave commits a sin, He Himself becomes ashamed in front of him (the slave).

Al Fadil ibn ‘Ayadh states: “Five signs of perdition: “Hardness of the heart, fixity of the eye, lack of timidity and shame, desire in the Dunya and an extended/unrealistic hope (for forgiveness and salvation)”.

And in some of the scriptures (one can read): “My slave is not fair to me, when he invokes me, I am too ashamed to reject him, and when he disobeys me he is not ashamed of Me.”

The Sheikh has stated: “Know then that Haya’ leads necessarily to melting, so that it is said: “Al Haya’ is the melting of the viscera before the Knowledge of the Master.”

It is also said: “Al Haya’ is the constriction of the heart because of the aggrandizement of the Lord”

It has also been said: “ When a man sits down to advise people, his angel calls to him : “ Give yourself the same advice you are giving to your brother, otherwise shame yourself in front of your Master for He sees you.”

Al-Junaid was questioned on the subject of Haya’, he stated: “ Seeing His favors and seeing one’s shortcomings;  between the two a state (Hala) is born called al-Haya’.

Muhamad al Wasiti stated: “Whosoever remains in the company of those who cross the legal limits ( Hudud) or break the promises will never taste the bites of  Haya’.” He also stated:” The one who is ashamed has sweat pouring out of him and this is the bounty that is in him; as long as one is invested in his own Nafs, he has turned away from Haya’.

I heard Abu Ali al-Daqaq, May Allah have Mercy on him say: “Timidity is giving up all supplication in the hands of Allah Almighty.”

And Abu Bakr al-Warraq states: “ I may pray two Ruk’a to Allah Almighty and turn away from them, and be in the grade ( manzila) of the one who was turned away from theft by his Haya’.