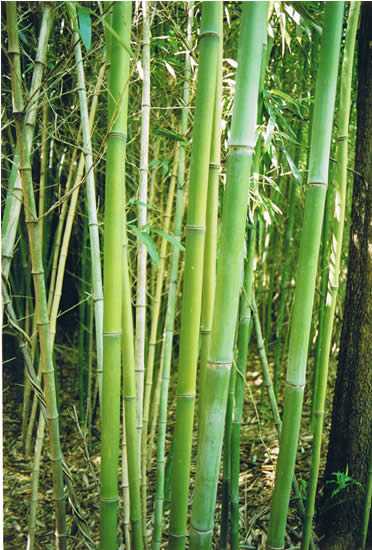 Since I have been chopped off the marsh-reed
Men and women moan listening to my screams (for justice and sympathy) [nafir]
v. 2
کز نَیِسْتان تا مرا بُبْریده اند   در نفیرم مرد  و زن نالیده اند
Recite

Nafir: A loud complaining call to ask for justice, opposing someone or something, seeking sympathy. Nafir, amongst the contemporary Nay (Reed Flute) players is a special tune that sounds like poff-poff – puffs of air blowing out of the perforations on the flute.
‘Men and women’: In singular in the text  i.e.‘man and woman’ they refer to the genus or gender classes.
Kaz: Is the result of the merging of two words Keh (Since, That) and Az (From).

The meaning of the verse is quite clear: the complaint of the Nay (Reed Flute)( i.e. Rumi himself) about the distance, about being away from the place where he was close to the Divine Beloved and was amongst others of his kind who were the lovers of The Beloved.

Abdul-Rahman Jami and many who followed him interpret the Nayistan (Marsh-reed) either:

Furthermore the men and women are understood as:
1.  Men the Divine Names and women the essence of potentialities
2.  Men the ‘Uqul (Pl. Aql or intellects) and women the Nufus (Pl. Nafs or selves)

The above interpretations of Jami are tasteless and away from the style of Rumi altogether.

Note: The above Jami quotes are from Sharh Wali Muhammad Akbar Abadi.

Dara
‘Since I have been chopped off the marsh-reed’ is a passive sentence in Farsi with the doer omitted but understood to be in plural, so that the verse actually would read: ‘Since I have been chopped of the marsh-reed BY THEM’. In other words, we did not leave the other universe on our accord and volition, many hands were in this plot to chop us off from there and throw us on this earth.

Also the verb Bubridan (Cutting or chopping with the aid of a sharp object) deals with several concepts:

1.    Suddenness of the cutting, it was a hurried affair without warning
2.    A special sharp blade was used to cut us off, this was no ordinary instrumentation or process
3.    Rumi did not use the word Kandan (Uprooting) which implies that a part of us, the very root of our existence is still in the sempiternal marsh-reed!

I agree with Dr. Frouzanfar, that ‘men and women’ are the ordinary men and women here in this world. Rumi sang his tunes whether there was a man or a woman close by. There was no sense of discrimination and both genders responded to him equally.

When you are in a real life circumstance where there is sorrow and depression, you-along with others-are moaning to the songs of the Nayi (Nay player) i.e. the melancholy felt by all around you is not due to anything here in this world, it is because of being cut off from the other world where we all were very close to Allah and yet our Nafs (Self) ceaselessly introduces ambiguities that confuse us and make us believe that the very source of our sorrows and depressions is in the deed of the people around us. No! Our perpetual proclivity towards sorrow and depression is our innate moaning while listening to the Nayi (Nay player) playing songs that remind us of the other world.

I seek a bosom, mutilated piece by piece by the Firaq (Separation)
So that I can tell it about the tale of the pain of Ishtiaq (Yearning)
v. 3
سینه خواهم شَرْحِهْ شَرْحِهْ از فراق   تا بگویم شرحِ دردِ  اشتیاق
ٌRecite

Ishtiaq: Yearning and desire to see a highly desired lost beloved that is no longer available for personal visiting and seeing. There is no such Ishtiaq (Yearning) unless there is Firaq (Separation) first, and it does not apply to a beloved that is readily present.

Ishtiaq (Yearning) is not something that can be explicated like some teach-able knowledge, it is indeed a deeply seated affair in the dealings between the lover and a lost beloved; there are no means for its analysis by means of application of thoughts and cognition.

No matter what a lover with Ishtiaq (Yearning) might express, it is nothing but a drop in the sea, beyond any grasp of other minds, as opposed to a learnt knowledge that can be conveyed to others by means of speech and analysis.

Therefore unless someone is really suffering from a Firaq (Separation) and suffers from intense burning Ishtiaq (Yearning) to see his/her lost beloved, s/he cannot understand what Rumi is talking about. And  knowing this, Rumi only seeks those hearts suffering with Ishtiaq (Yearning).

As the Arabic saying goes: “The one who did not ‘taste’ does not understand”. (Dara: Meaning the person who has never tasted honey can never understand any description or analysis of the taste of honey: tasting/having tasted the honey is the absolute prerequisite for any two people talking about the taste of honey.)

Apparently this is dealing with the story of Yussef Bin Hussein who had neglected Khawwas; when he came finally to see him and asked him if he needed anything… Khawwas answered: “A strip of grilled liver is my wish!” (Source: Risala Qushairi) (Dara: By seeing and smelling the grilled liver Yussef could become cognizant of how Khawwas was feeling about being without him)

Khajih Ayyub in Bahrul Ulum explains that Rumi wants for himself the mutilated bosom as the Qur’anic terminology of ‘Sharh Al-Sadr’ or “enlightenment of the bosom” so that he is enlightened with the ability to narrate the deep pain of  the concealed loss of being away from That Divine Beloved. Although this is not an incorrect interpretation, the verses that follow make it clear that in reality Rumi is seeking for other people’s bosoms.

Dara
The parents who just lost a child are the candidates that Rumi seeks in order to narrate to them the pain within. Rumi has nothing to do with the fortunate folk who buy and sell, sleep and eat well, they are free from the pain of Ishtiaq (Yearning) and thus like a person who has never tasted honey no description of the taste of honey would suffice to transmit to them the reality of the experience.

Since Rumi has tasted what those parents with loss have felt, he can walk the streets and see what is within the bosoms of such people of immense loss and can communicate with them on the same level. Since Rumi knows that the loss of a child, is indeed a signature reminding of the loss of That Divine Beloved, our Nafs (Self) generates ambiguities within us that confuse the painful loss of the Divine Beloved with that of the lost child. 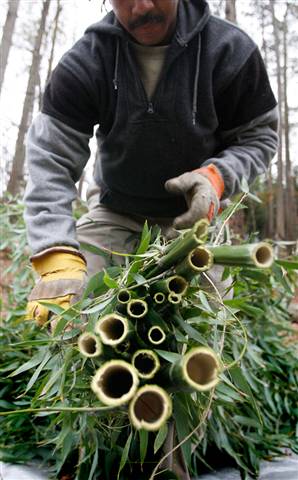 Anyone who is distanced afar from his origins
Shall again seek the day of his arrival at it
v. 4
هر کسی  کو دور مانَد از اصلِ خویش   باز جوید روزگارِ وصلِ خویش
ٌRecite

Dara
This verse deals with the metaphysical saying of the Muslim Philosophers and Sufis: Every object shall return to the place of its origination. For example, a thrown rock must return to the surface of the earth where it belonged and originated from. This very simple observation applies to our souls: Souls yearn to return to their place of primal origin, close to Allah, and will drag all our bodies, minds, desires, deeds and words towards that end.

However a part of our Nafs (Self) weighs down upon staying here, confusing us by telling us that this is the place of origin and that there is no other destiny to return to and no hope for arrival.

But at the end, whether the Nafs (Self) or the Soul get their way, we shall return to our origin: 54:55 “In an Assembly of Truth, in the Presence of a Sovereign Omnipotent.”

Hāl: State of the heart.

Bad Hal: Normally it means a sick and ailing person; here it means those with the turbulent and disturbed states of the heart.

Khosh Hal: Normally it means an fortunate person; here it means the hearts with beatitude due to yearning for the Divine Presence or  being busied with internal thoughts and acquisitions of Ma’refa (Gnosis).

Perhaps Rumi meant that he had no prejudice against any folks, and that he sought That Divine Beloved amongst many communities and individuals regardless of the makeup of their spirituality. For indeed each and every heart without exception has a passage towards the Divine Truth..

Or perhaps Rumi meant that the Sufis should be the solace to any aching heart regardless of causes and appearances. They must do this with good behavior, kind words and a generous attitude, not with anger, impatience and arrogance (holier than thou attitude). 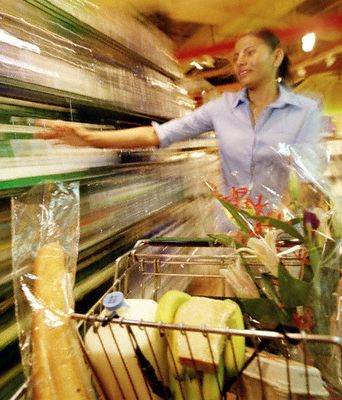 Everyone accompanied me with his own understanding
Tried not to seek my secrets from the depth of my within
v. 6
هر كسي از ظنِّ خود شد يارِ من   از درونِ من نجُست اسرارِ من
Recite

Perhaps the complaining of the Nay (Reed Flute) can be thought of as the way each listener feels the tunes and rhytmes, each in his own way. If  there is no match between the music and the listener then there is no pleasure for listening to this music.

We might assume that Rumi was complaining about his contemporaries. Since he was unknown and unappreciated during his lifetime, there were many intellectually blind  people who criticized him and considered his music and his dance a Bida’ (Religious Invention). Even his supporters were not equal in understanding and appreciating his work with the exception of Shams Tabrizi, Salahed-Din and Husamed-Din who were his chosen few companions. As was mentioned by Aflaqki quoting Fakhred-Din Araqi, one of the contemporaries of Rumi: ‘Constantly Sheikh Fakhred-Din attended the Sama’ (Sufi Dance) and always talked about the greatness of Rumi while fetching sigh and acknowledging the lack of appreciation and understanding of Rumi as he had deserved: “He came a stranger to this world and departed as a stranger” .’ (Manaqib Aflaki, Ankara Print, P. 400)

Within this verse there are hints about being sincere with clear intentions in order to acquire knowledge and Ma’refa (Divine Gnosis).