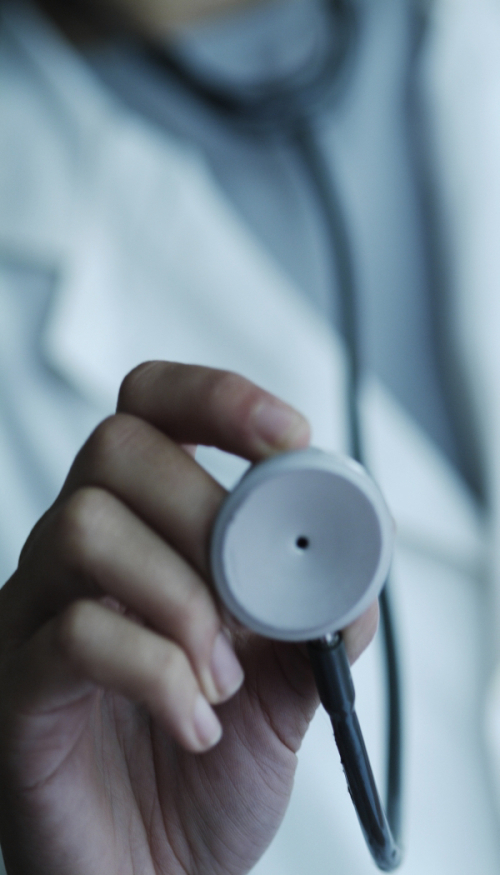 If the days have passed say: “Then Go! There are no fears
You stay O The One! that as pure as You there is nothing ”

Bigāh: The time of the sunset, metaphorically the past time, like the dusk which is the end of the day.

The basic bottom line of life is to gain provision and have pleasure; but from the point of view of the lover reaching the beloved is all that matters and life (without the lover’s beloved) has no value whatsoever; the passing away of life is of no consequence as long as the goal is to reach the beloved.

What has value is the outer-limit of life i.e.That Beloved; once reaching the beloved is assured, then there are no regrets about the time that has passed.

Dara
Every pain of the body or the mind, your every sorrow and those of others, every foul behavior, every bit of greed and misfortune, all these are the immediate consequences of someone, someplace, within the cosmos, who has neglected, for one meager moment, to seek That Divine Beloved !

Birūzi: To be deprived and poor without anything.

Therefore, the lover, like the fish, is never satiated. Even at the end of his path of seeking That Beloved, the lover is still thirsting and begging for more. Since the beauty and perfection of That Absolute Beloved have no boundaries, thus the burning and thirsting of the lover upon the path of Haqiqat (Absolute Truth and Reality) has no end.

There is never satiation for the lover, as the sea-water brings no quenching and instead produces more thirst. The stages of Suluk (Voyage) to the Haqiqat (Absolute Reality) make the seekers  increasingly heated and thirsty, since the attainment of the higher stages of the Suluk (Voyage) only increases the seeker’s capacity i.e. the capacity for loving and enduring the loss of That Divine Beloved.

Indeed, the individuals who seek the clear waters of Ma’refa (Divine Gnosis) find no satisfaction with any amount of knowledge and consider satisfaction with one’s own knowledge—on this path—a lack of capacity and absence of focus. Like the residents of Hell, the men of knowledge could gulp down ocean after ocean while their lips remain parched:

Yahya Bin Mu’az wrote a letter to Ba Yazid Bastami stating: “What would you say of a person who drank a goblet of wine and became an eternal (Abad) sempiternal (Azal) drunkard ?” Ba Yazid replied: “I do not know about that but I know that there is a person here who in one day drinks down the oceans of eternity and sempiternity and at the end screams: “Hal Min Mazid (Is there anymore?)” (Surat Qaf, 50:30)- (Source: Tadhkirat Al-Aulia).

The second verse emphasizes the same concept as above: “Spiritual satiation is an indication of spiritual poverty just like a pauper is satisfied with a little coin. Why? Because that precious most desired One much like a rare jewel cannot be easy to acquired; without having taken many risks and faced many dangers, men have no chance of acquiring bewildering objects of all desires!”

‘Ishq (Unrestrained Love) does not coexist with tranquility and calm. The Path of Seeking is riddled with horrors and plagues; only those who step upon this path firmly and do not sway with the passing breezes have the potential to reach the end of this path. On the other hand, the soft impatient people, who carry a bit of provision for the road, take the first step, then stall and never reach their desired destination.

The states of the mature, the immature understands not
Thus let’s shorten this speech and wass-salaam (Godspeed)

Dara
We cannot reach the sun, nor can we touch it or bring it closer to us, but we can—from an astounding distance—observe  its rays and based upon its light we can understand some information/ gain some knowledge about it. We cannot understand Allah, nor can we control anything regarding Allah, but we can find states of the heart in which the heart can become a receptacle for the Nur (Divine Light). Only after absorbing a few such rays, do we know anything about Allah, and can we say a few things about Allah.

Tear up the chains, be free O boy!
For how long enslaved by silver and gold

Freedom is immensely cherished amongst the Sufis: The slave (of Allah), within his heart, can never be chained by anything in this world or in the Afterworld. Within his heart there is no desire, lust, want, need, or pleasure from anything of this world. (Risalat al-Qushairi)

As Ibn Arabi wrote in the Futuhat:

“Know—may Allah give you success—that indeed Hurriyat (Freedom) is a Maqam (Stationary state of the heart) of the Dhat (Divine Unreachable Essence) and not Ilahy (Divinity accessible for Servitude); it is never applicable to the slave in an absolute sense, for he remains (always) the slave of Allah .

There is no linkage between the creation and Allah and no Idhafa (Annexation) of Allah; indeed Allah is need-less of the multiverse. Since there is no essence in existence except for the Dhat (Divine Essence), no relationship exists between the Dhat and creation; the Dhat cannot be grasped by the eye; it is without boundaries, and no application of (human) logic, reasoning, or evidence leads to it.

And when Allah wills a slave the latter Maqam (Stationary State of the heart), he causes him Fana’ (Evanescence) which is the steady-state of Tahaqquq (Absolute Realization)— and not a state of Takhalluq (state of continuous being and becoming). This cannot happen to the slave except by the cessation of Iftiqar (Needlessness)  which ceaselessly accompanies him due to the potentialities that constructed him (i.e. perfection of Ma’refa (Divine Gnosis)).

That is why, when the slave looks at his essence, he finds that he is Ma’dum (Never was) and without Wujud (Being)

Fana’ (Evanescence) and Hurriyat (Freedom from want) are not obtained through human deeds, they are obtained solely through the Kamal (Perfection) of Ma’ref (Divine Gnosis) in absence of any reliance on human actions. This is so, because for as long as the Salik (Traveler) is the doer, registering/proving his own existence, he sees his own Nafs (Self) partitioned from Allah, and consequently cannot be emancipated from genus of Takhalluq (state of continuous being and becoming).

Intimate entanglements with the pleasures causes lack of spiritual energy and dimming of perception that lead to a halt in the Suluk (Voyage), which Rumi considers a form of death! Rumi is calling us to eternal life; as long as all the chains of habits, superstitions, cultural ties are not completely severed, the human being will not reach the stage of Hurriyat (Freedom) and Kamal (Perfection) of human-ness and manifestation of spiritual individuality (Shakhsiyat).

The drinking container of the eyes of the greedy fills not
For as long as the sea-shell is not satiate, with pearls it fills not

When the sea-shell satiates, its mouth shuts tightly in order for the sprouting of the pearl to take place within it; if the mouth remains open to eat or grab external things of low value, the internal precious pearl will not form.

The verses point to the the fact that, there is no measure of gain that can satiate human greed! Greed is directly proportional to gain and monotonically increases without an end in sight. Rumi uses the metaphor of a drinking container which can contain only enough for one day of usage from the vast waters of the sea and leaves the rest of the sea unused, as opposed to the container of the human eye that cannot be filled except by the dust of the grave.

Sudā: According to ancient medicine, Suda is one of the four internal bodily humors which, if produced in excess may cause mental and nervous disorders.

Nāmūs: In this context, it means the love of status and fame, while pretending to be ascetic i.e. hypocrisy.

Ishq (Unrestrained Love), spiritual or worldly, is the cause of alteration of behavior! An individual who used to love to accumulate wealth or one who was a coward, as soon as he is overcome by Ishq (Unrestrained Love), he is able to reach the outer-limits of generosity or bravery, splurging, giving away his wealth or exposing himself to all types of danger and placing himself in harm’s way. Of course, in your own personal life, you have observed yourself sacrificing due to the excess of love (Ishq).

The above applied to worldly Ishq (Unrestrained Love)—Ishq Majazi—the same can be said of spiritual Ishq or Ishq Haqiqi. The power of faith (Iman) is a form of Ishq that cuts the strings between the lover and the rest of the universe until such time when the person sees nothing but the beloved. The believer sees nothing but That Divine Beloved, the object of every desire; he is willing to sacrifice himself, his mate and his children for the sake of that Divine Being e.g. the incredible tales of the early Christians and Muslims.

As an example, Imam Ali, the defender of the pious and the poor (Maula-yeh Muttaqian), sacrificed himself for the religion of Islam thus laying on the bed of the Prophet to fool the assassins, what else other than the Ishq-Muhammadi (Muhammdian Unrestrained Love) could have caused him to do so?

If the water and mud ‘Ishq, worldly love, can cause such change in behavior, what then of the spiritual Ishq (Unrestrained Love), the Ishq of unseen meanings ? And for that matter what would the Ishq of a Deity that Lam-Yazal-Wa-Lā-Yazāl (IT never ceased and shall never cease) do that has not been done to the pure hearts? Rumi believes that Ishq (Unrestrained Love), even when of worldly nature, is the healer of all ailments of the heart, and is the alchemy that makes the rusted copper of our behavior turn into the pure gold of Kamal (Perfection)!

We know that the path of Riyadhat (Taming of the Nafs (Self)) and the Suluk (Voyage) is a long meandering path; its travel feels like chiseling a mountain with a needle, a most perilous path. On the other hand, the way of Ishq (Unrestrained Love) is a short one, its hardship and harshness level the road so that it becomes smooth and wonderful to walk upon; that is why, the lovers, fueled by the energy of drunkenness and carried by the legs of Shauq (Yearning) prefer to traverse this path towards Kamal (Perfection) instead of that of asceticism and dry religious practices…