As we read in an earlier post the ‘Aya means a distinction mark, however add to that a component of directionality i.e. a vector pointing at something. Actually all markers e.g. signpost are vectorial in nature i.e. they point at something.

This component of directionality has indeed entered into the language of Qur’an:

2. ‘Iyya-Hu: Point at a person in a distance

4. ‘Iyya-Na: Point at an ensemble of people with yourself at their midst

5. ‘Iyya-Hum: Point at a group of people at a distance

6. ‘Iyya-Kum: Point at a group of people in front of you

These vectors or pointers play a crucial role in human cognition namely they point at something incredibly complex with few directional indicators. Example: A person points at moon, you follow the direction of the pointing finger (few bones and skin) and indeed you find a sublime entity. Without that tiny pointing finger the person has to use incredible amount of knowledge information and conversation to convey something about the moon.

Therefore these vectors form the foundation for our cognition.

This entire universe, from a particle to the largest galaxy, form pointers all pointing at Allah! 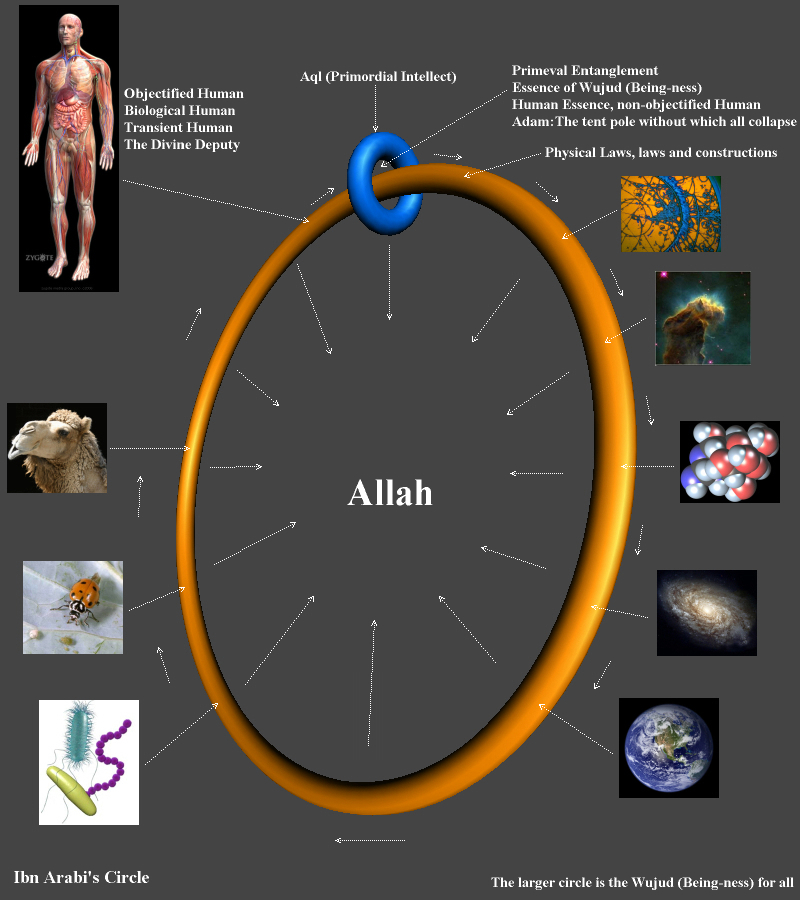 Place a pre-lingual toddler in front of sea and he or she points at the water! Did the parents teach her how to point? No!

A newly hatched sea-turtle rushes towards the direction of the sea, did the mother teach her how to point at the sea? No!

If you could remove these pointing faculties out of a toddler or a sea-turtle they would cease to be.

But the question remains: How did all these creatures obtain their vectorial faculties? Answer is, they did not obtain them, each entity has a vectorial construct within (or they never could become an entity!), for the main purpose of pointing at Allah, reused re-purposed for many other faculties and processes as well. In a matter of fact, these directional faculties are Irfani, they are forms of knowledge innate and innert thus intrinsic to every entity, without the prerequisite of learning and free of loss i.e. free of unlearning or ignorance.

When you say “I believe in God” or “I do not believe in God”, both equally so, you are pointing at Allah just the same or else would have never entertained such concepts or words! However each expression is a byproduct of an investigation into the vectorial nature of what points from within you towards Allah. Though the words sound contradictory indeed they are the investigations of the same vector, nonetheless, pointing at Allah!